After receiving a preposterous bill from the utility the wishing to have a off grid solar solution for their farm supplying power to 3 homes, farm yard and 2 guest houses.

A system was designed to handle large daily loads for farm operation with 20 Kw of Solar Panels and 3 x 15Kva Victron Inverter with a 15 Kw Diesel generator as backup for Rainy days.
At The Heart of the system is 6 x 3.55 Kwh Sirius Modules that delivers power for night usage.

Off Grid living at its best .The Sirius bank enables the client to runs off storage at night time and fast efficient charging allows this bank to be recharged from the sun early mornings.

The Multi cycles that a Supercapacitor can offer to a solution also assist with load during the day that exceeds the Solar panels arrays capacity. The client has disconnected themselves from the utility and enjoys freedom for the utility 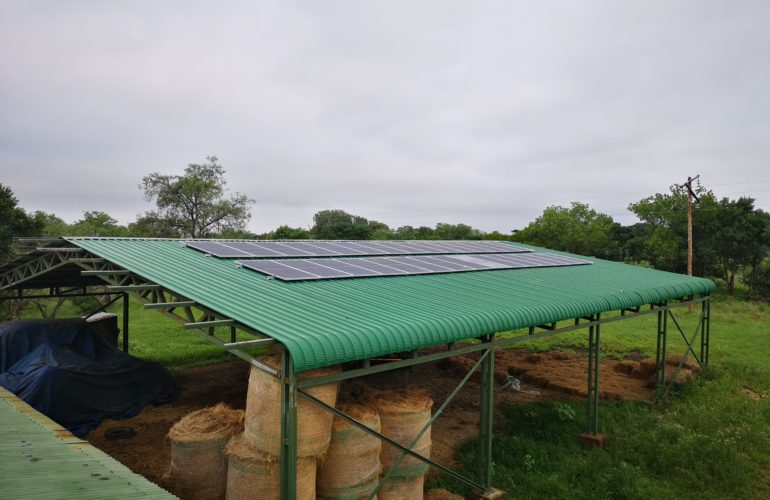 Bushwillow is a beautiful set-up with individual self-catering units set in a row, yet spaced far enough apart to be private, with a mowed area in front leading down to a winter feeding station and waterhole. Each unit has a deck with dining-type furniture, leading through sliding doors into a bedroom, bathroom with toilet, shower and basin and fully equipped kitchen area – immaculately clean.. Giraffe, zebra, wildebeest and many varieties of buck, together with a good selection of birds can be found on the working farm – breeding buffalo and sable antelope.
READ MORE 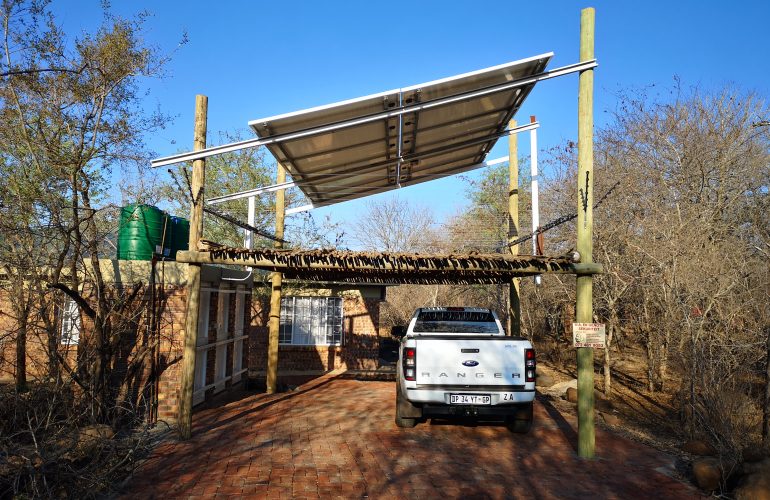 On the bank of the Crocodile River between Malelane and Komatipoort on the N4 national highway, Marloth Park is a wildlife sanctuary and holiday town. It boasts four of the “Big Five” with the exception of elephant. Buffalo, rhino and lion are confined to Marloth’s game reserve
“Lionspruit”; the rest of the game such as kudu, zebra, giraffe, blue wildebeest, nyala, impala, warthog, ostrich and others aren’t restricted by fences and roam freely between the units that are built on 3000 ha.
READ MORE 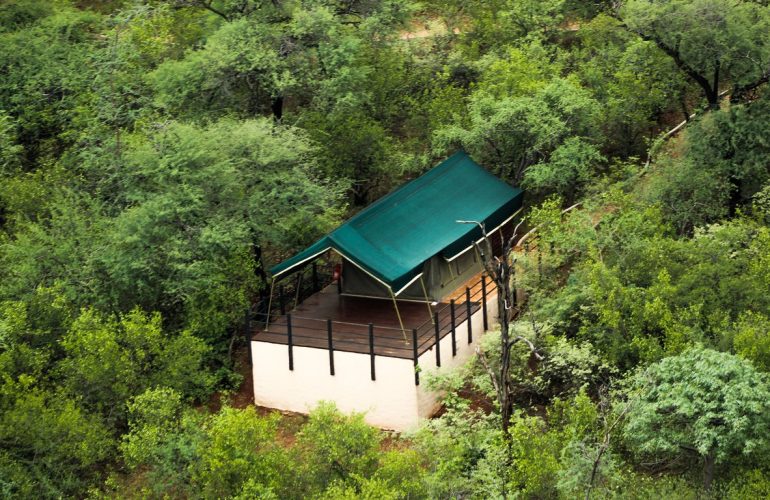 The Solar System as a whole was given a revamp by fixing the Solar Mounting system and rewiring the solar panels.
READ MORE